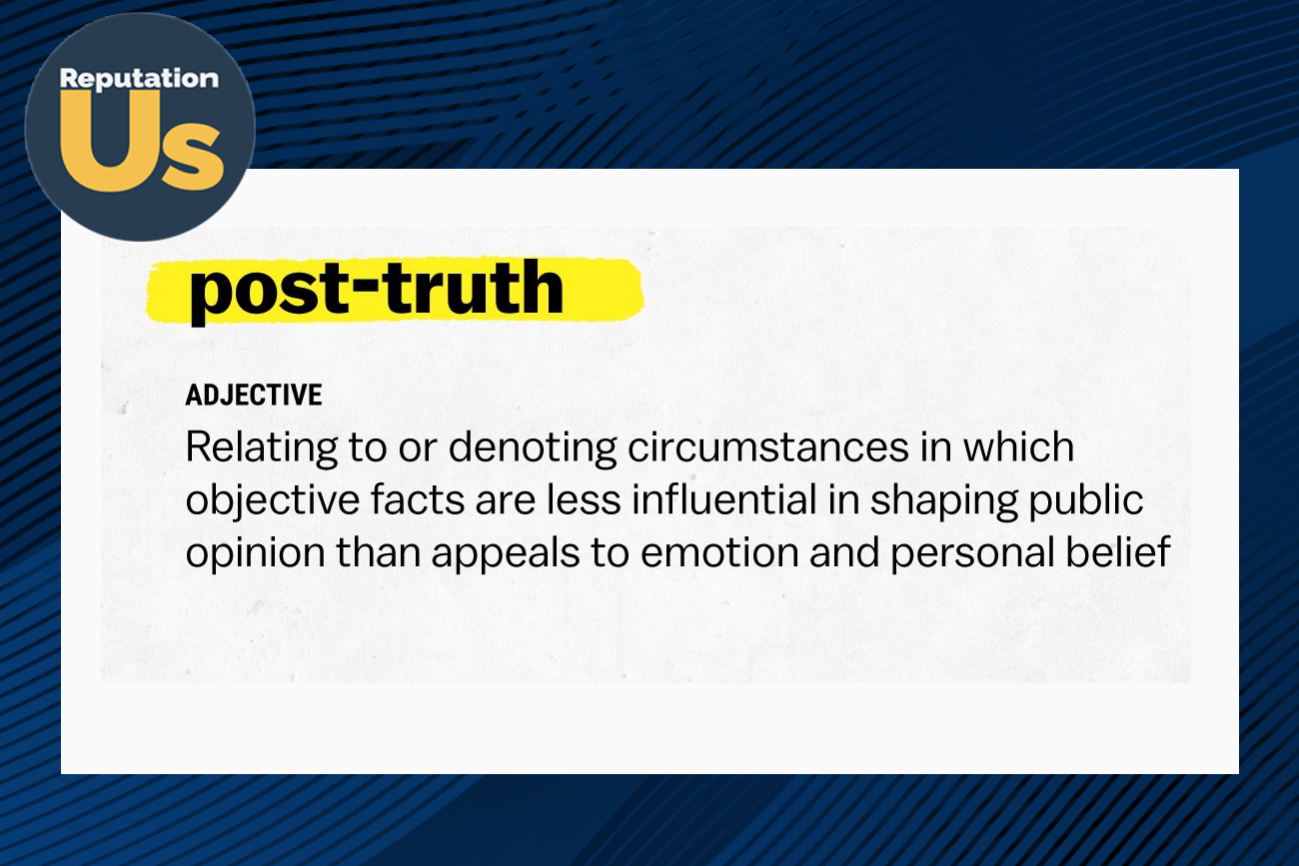 Finding the truth today is difficult. If we can’t trust journalists from reputable media outlets, scientific studies, doctors, the government, the education system, marketing, or previous generations, who can we trust? It seems we are in the era of “post-truth.”

Not only is “post-truth” in the Oxford Dictionary, the organization actually selected it as the word of the year in late-2016. The adjective means, “relating to or denoting circumstances in which objective facts are less influential in shaping public opinion than appeals to emotion and personal belief.”

A 2016 study that analyzed 376 million Facebook users’ interactions with more than 900 news outlets found that people seek information that aligns with their views. This makes many people vulnerable to accepting and acting on misinformation.

The abundance of misinformation shows no signs of slowing. Misinformation can mean representing an opinion as a fact, such as referencing an editorial or expert analysis. It can mean insisting something is true despite lacking clear evidence.

“The Truth” is the New Misinformation

A satirical example of the success of misinformation was born in January 2017 when 23-year-old Peter McIndoe created the ‘Birds Aren’t Real’ movement on a whim. In an interview in the New York Times, he revealed he came across protesters in Memphis, where he lived, and decided to make a poster that said, “Birds Aren’t Real,” and join the crowd for laughs.

He crafted a conspiracy theory on the spot declaring that the U.S. government had replaced all living birds with secret drones and sophisticated robotic replicas to spy on Americans. As he marched, he yelled, “Birds are a myth; they’re an illusion. Wake up America! Wake up!” However, he didn’t realize someone filmed him and posted it online, which quickly became viral.

The phrase ‘Birds Aren’t Real’ went on to become a sensation with Generation Z and Peter decided to build on the momentum. He admitted to The New York Times of writing a fake history for the movement, hiring an actor to play a former CIA agent who confessed to bird drone surveillance, creating a fully functional website, official membership cards and even making several videos and short documentaries to support the claim. He also sold ‘Birds Aren’t Real’ merchandise and created a significant social media presence for the group, which continues.

How Real is your Reputation?

In 2021, The Pew Research Center found that misinformation and competing views of reality abounded throughout 2020. If truth is the new lie, and trust is the new misinformation, where does this leave your company? Validating facts—whether it be with your market research, your customer feedback on social media, your employees and/or your quality control—is ultimately what will help your company build a solid reputation.

If you posit a point-of-view that is not validated on all sides and differing points of view, you have not provided the substance behind a good reputation. This means your reputation will fall as flat as the flat-Earth notion; you won’t hold credibility.

You will be in a better position to understand your company’s reputational strengths and vulnerabilities, and we’ll make sound recommendations to improve your overall image.

Should your company be a victim of negative news—whether it be through misinformation or the truth—that begins to snowball toward a reputation crisis, we can help. Regardless of the crisis, RepUs will be your partner with both strategic counsel and communication support to guide you through the treacherous waters of building authentic trust.